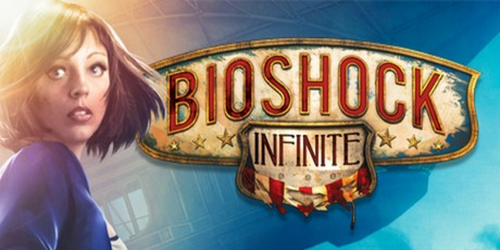 This product is out of stock. Subscribe for notification of when the product is back in stock.

Try to search similar items from other sellers.

Loyalty discount! If the total amount of your purchases from the seller MoneoGold more than:
If you want to know your discount rate, please provide your email:

MoneoGold information about the seller and his items
offlineAsk a question

We are the official dealers of the company "1C-SoftKlab", "New Disc" and "Buka", our status documented administration plati.market, as evidenced by a small icon next to the operator (in the description above). All keys acquired by legal means!

Here you can make a purchase Bioshock Infinite. After the first purchase you get a discount on all subsequent purchases of our products.

Immediately after payment mail specified at purchase, you get a link where you will be available license key activation of the game.

In this part of the game you´re from the deep sea purposefully move in Columbia, located high in the clouds. This city is one of the most significant inventions, but he is not burdened by very human problems. The collapse of the glory of the city became the political friction that made such a great invention poniknut in the shadows of the past. According to the story as you play for Devitat Booker, a detective, who this time was kidnapped girl. It is noteworthy that during the passage of the shooter you will not only find and save his love, but also to reveal the true mystery of the fall of Colombia.

• The four elements of a wardrobe instead of the tree of skills. The first thing to face gamers in this game - it´s a completely new view of the usual skill tree. In BioShock Infinite, it appears as a wardrobe. That is, at your disposal will be provided by a variety of things that you can wear on your character and thereby strengthen its capabilities.

• Excellent magical arsenal. Deciding to buy a key BioShock Infinite addition to the normal trunk, which is saturated with each shooter, you can use a solid stock of magic buns, which are quite diverse. You will be able to call fireballs, fireballs rising from the fault of the turret and a moment of magic to erect shelters.

• Upgrade of existing weapons. During the passage you are awarded the opportunity to experience the power of two shotguns, two pistols, sniper rifles, carbines and three grenade launchers. In addition, each of your weapons can be upgraded up to 4 times. It should be noted that the wear is in the game can only 2 types of weapons and, therefore, you will need to choose an arsenal of carefully based on the proposed missions.

• Break down the "wall" in its path. This game will give you an excellent opportunity to discover the mode of increased realism, where literally from each of your actions may depend on the further outcome of the war. In this mode, you will not dare to neglect even the most ordinary and seemingly easy opponent, because even he will be able to kill you.

This is a Russian version of the game and we are NOT responsible for regional or any other restrictions!